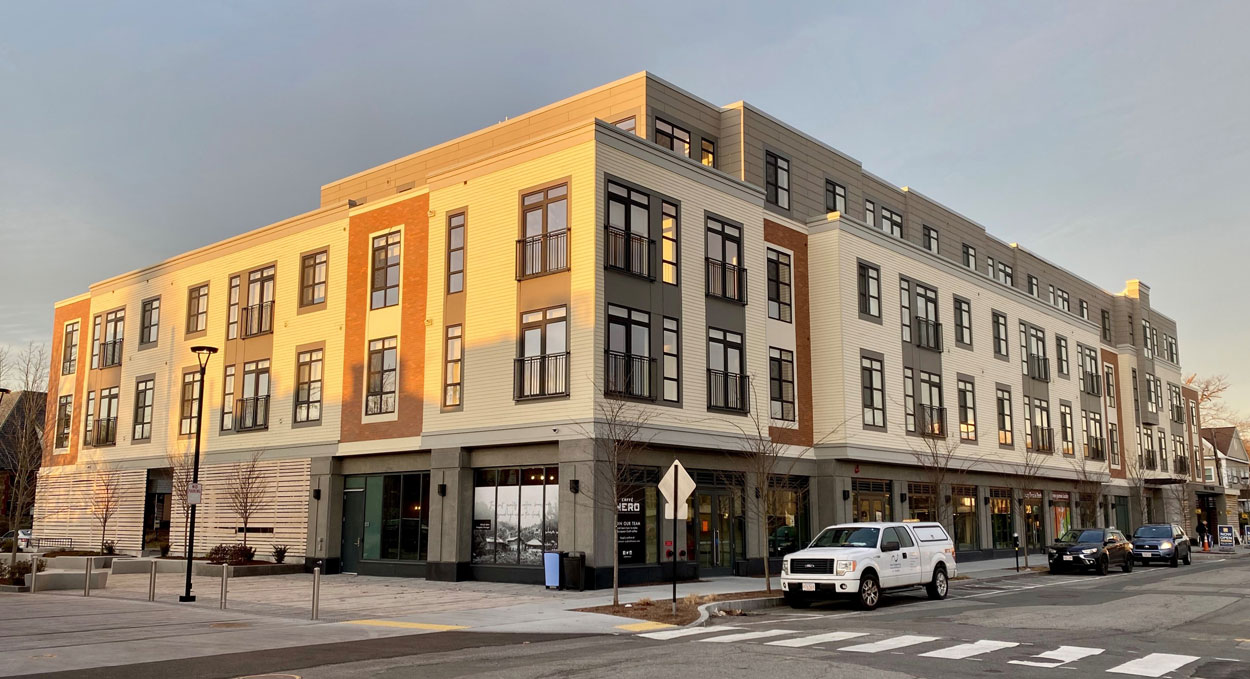 The recently completed 28 Austin Street development is a public-private partnership between Austin Street Partners, a joint venture of Dinosaur Capital Partners and Oaktree Development, and the City of Newton. The project transformed the former Austin Street municipal parking lot - by using the innovative GreenStaxx modular building technology - into a 68-unit mixed-income housing community with retail space, a new public plaza and playground, and a reconstructed municipal parking.

"MassHousing was pleased to be a partner with the development team and the City of Newton in this transformative project that turned a city parking lot into a new community with 68 units of mixed-income rental housing with retail and public space," said MassHousing Executive Director Chrystal Kornegay. "We applaud the City of Newton’s commitment to housing the Commonwealth’s workforce and congratulate Dinosaur Capital Partners and Oaktree Development on a job well done."

"28 Austin Street was the first rental housing permitted in Newton, a city of 87,000, in over 12 years," said Scott Oran, Managing Partner of Dinosaur Capital Partners. "When, at the last minute, the Newton City Council required 33 percent of the apartments be affordable or workforce housing, it threatened the financial viability of the project. While excited to increase the affordable and workforce housing stock, we worried about our ability to attract equity and debt financing. Governor Baker's Workforce Housing Initiative was crucial in creating a viable project and increasing urgently needed workforce, affordable and market housing in greater Boston."

"This project offered Oaktree’s companion firm GreenStaxx the opportunity to demonstrate the potential quality, flexibility and speed of utilizing our modular system," said Arthur Klipfel, President of GreenStaxx. "The units were constructed in Canada and trucked to the site and assembled in a matter of weeks. We hope the success of this project will encourage the use of this emerging technology to meet the demand for green and more affordable housing in our state and even nationally. We strongly support these efforts."

MassHousing provided Austin Street Partners with $1.3 million in affordable housing financing from the Agency's Workforce Housing Initiative. The MassHousing funding was structured to close upon completion of the new housing. Eastern Bank provided $25.7 million in construction and permanent financing for the project.

Twenty-three of the 68 new apartments are workforce housing units restricted to households earning at or below 80 percent of the area median income (AMI). The remaining 45 apartments are rented at market rates. The AMI for Newton is $113,300 for a household of four. MassHousing’s financing involved the development of 13 of the 23 workforce housing units, all 23 of which have been leased and are occupied.

There are 33 one-bedroom apartments and 35 two-bedroom apartments. The residential and retail building has a 90-space underground parking garage and the former parking lot was reconstructed with 124 public spaces.

28 Austin Street was designed by Stantec and GreenStaxx and constructed by NEI General Contracting. It was built using GreenStaxx modular building technology, a patented design system that uses pre-engineered units that can be assembled like Lego blocks to fit any site. The management and marketing agent is the Nordblom Company.

MassHousing has financed 13 rental housing communities in Newton totaling 1,513 units of housing with an overall original loan amount of $266 million. The Agency has also provided home mortgage loans to 139 homebuyers and homeowners with an original purchase principal balance of $24.2 million.

For more than 40 years, Oaktree Development, LLC, and its predecessor Unihab, has specialized in the design and development of innovative, multi-family, mixed-use, mixed-income, high performance and transit-oriented (TOD) projects. Founded by award-winning architect-developers, Arthur Klipfel and Gwen Noyes, Oaktree and its partners have successfully developed and/or designed dozens of projects consisting of more than 2,000 residential units and commercial space. A commitment to sustainability has been a core principle for Oaktree since its inception. Oaktree’s dedication to innovation, creativity and financial performance is embodied by its companion firm, GreenStaxx, a patented building system created by Arthur Klipfel. In the process of developing and designing urban residential units, it became clear that the same designs were used over and over in multiple projects. Thus, the idea arose to create a system of replicable digital unit stacks that fit into a site-specific grid, that are cost-effectively and sustainably designed, and that can be fabricated off-site. This system has been used in multiple projects, including 28 Austin Street, and can accommodate virtually any site. For more information about GreenStaxx please visit www.greenstaxx.com.

MassHousing has surpassed $1 billion in lending through the Multifamily Accelerated Processing program, extending affordability protections on more than 7,400 rental housing units in Massachusetts. 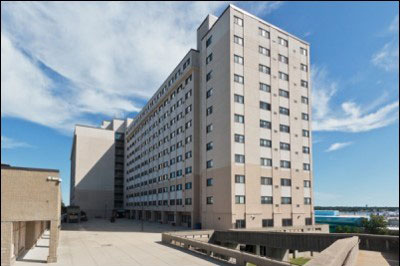 MassHousing has provided $42.7 million in financing to Affordable Housing and Services Collaborative to preserve and extend the affordability at the 327-unit Melville Towers in New Bedford. 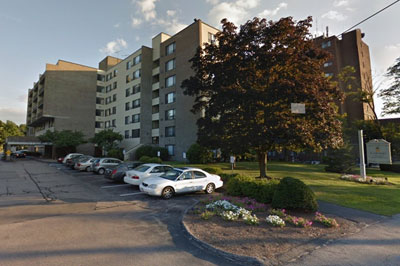 MassHousing Provides $9.95 Million in Financing for Colonial Village in Weymouth

MassHousing has closed $9.9 million in financing for the acquisition, renovation and preservation of the Colonial Village Apartments in Weymouth.