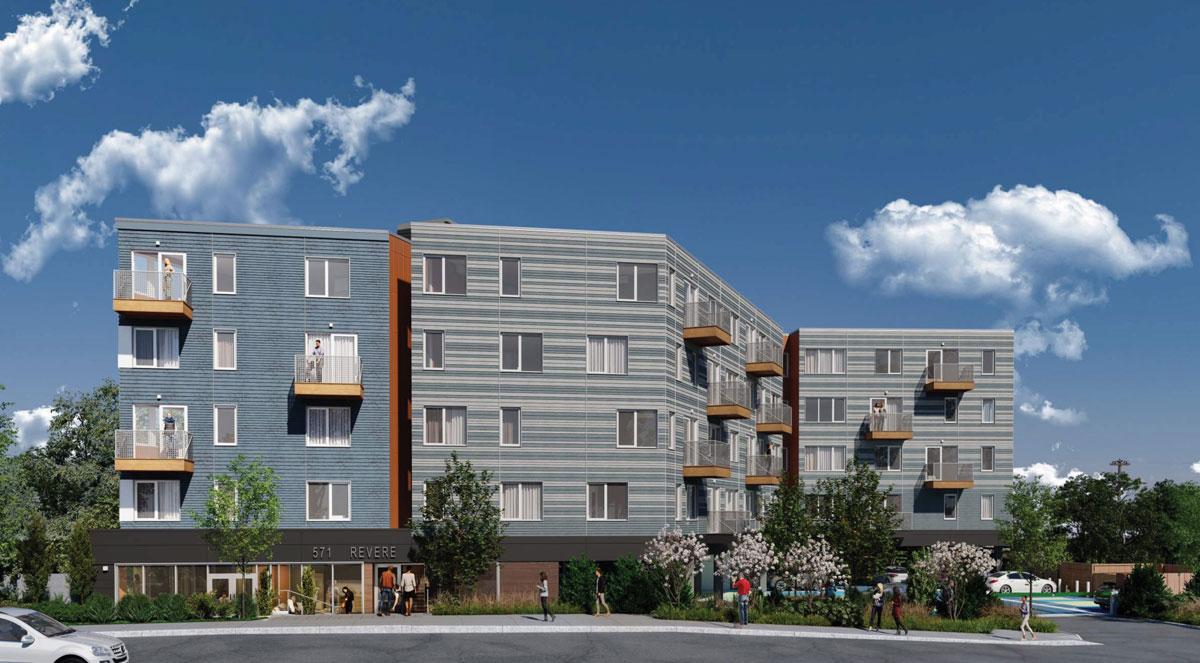 BOSTON - December 11, 2019 - MassHousing has committed $7.9 million in affordable housing financing to the non-profit The Neighborhood Developers (TND) for the construction of the 571 Revere Street in Revere. The MassHousing financing will allow The Neighborhood Developers to construct 51 units of new affordable housing for households across a broad range of incomes, including 19 new workforce housing units.

"By transforming a vacant parcel into a new, modern community of affordable and workforce housing, The Neighborhood Developers will help ensure that a revitalized Revere Beach remains welcoming and accessible to residents of all means,' said MassHousing Executive Director Chrystal Kornegay. 'TND is a strong, mission-based developer, and MassHousing is pleased to be part of the team making this important project a reality.'

'571 Revere Street is a transit-oriented development; the 51 new affordable homes will not only be steps away from the beach, but also within easy walking distance of the Wonderland MBTA Station and the MBTA 116 bus line,' said Rafael Mares, TND's Executive Director. 'This project wouldn't be possible without MassHousing's commitment of affordable housing financing and its partnership.'

MassHousing is providing TND with a $6 million permanent loan and $1.9 million in workforce housing financing from the Agency's Workforce Housing Initiative.

The new, energy efficient housing will be constructed in a six-story building on a vacant site two blocks from Revere Beach and within walking distance to the MBTA's Wonderland subway station. The apartments will be on the top four floors of the building, with garage parking on the first two levels.

The general contractor will be NEI General Contracting, the architect is Arrowstreet and the management agent is WinnCompanies.MassHousing has financed 4 rental housing communities in Revere involving 290 housing units and $17.4 million in financing. The Agency has additionally provided home mortgage loans to 721 Revere homebuyers and homeowners involving $115.5 million in financing.

About The Neighborhood Developers

Formed in 1978 and based in Chelsea, TND is a community development corporation which envisions a future in which every neighborhood affords opportunity for all people to thrive. TND's mission is to create strong neighborhoods enabling community members to secure a stable home, achieve economic mobility, and determine their own future. For more information about TND please visit www.theneighborhooddevelopers.org. 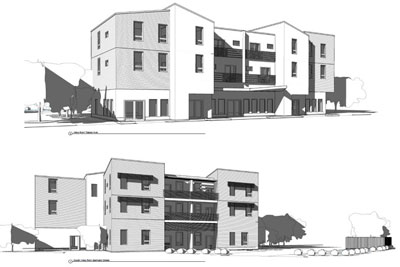 MassHousing has provided $4.1 million in financing to TLee Development LLC, for the construction of 14 new energy-efficient apartments on a vacant parcel in Dorchester.

MassHousing has awarded a total of $622,095 in grant funding to help create or modernize 152 affordable sober housing units in 11 communities across Massachusetts.

Loans will now cover up to $15,000, or 5% of the purchase price and be allowed for the purchase of multi-family homes

MassHousing is expanding its down payment assistance program by opening the program to borrowers with higher incomes, allowing DPA loans to be used for the purchase of multi-family properties, and raising the maximum size of a DPA loan.