BOSTON - October 13, 2020 – MassHousing is celebrating its 20-year partnership with the U.S. Department of Housing and Urban Development (HUD) as the administrator for nearly 600 federal Section 8 housing subsidy contracts in Massachusetts. The Section 8 program allows private landlords to rent apartments to qualified low-income tenants at market rents, with a rental subsidy from HUD.

MassHousing is the administrator for 590 Section 8 contracts involving 52,540 rental units in Massachusetts under HUD's Performance Based Contract Administration (PBCA) program. In addition to managing the federal Section 8 housing subsidies, MassHousing has an oversight role, which provides further benefits to the residents of these affordable housing communities.

"Our long, successful partnership with HUD through PBCA has allowed MassHousing to create more affordable housing opportunities for the residents of Massachusetts," said MassHousing Executive Director Chrystal Kornegay. "This collaboration has particularly benefited the households living in these rental communities – many of them senior citizens."

"We have had a wonderful, decades-long relationship with MassHousing as PBCA. The Agency's responsiveness, expertise, and attention to detail has made our work much easier," said Richard J. Henken, President of the Braintree-based Shochet Companies. "Moreover, by serving as lender, regulator, and contract administrator, the Agency provides a unique one-stop platform to address all of today's critical affordable housing issues from production to preservation to resident services. These synergies enable the industry to provide more and better affordable housing and ensures that residents are well taken care of."

As Performance Based Contract Administrator, MassHousing conducts site reviews to monitor program compliance, works with property owners and agents to facilitate subsidy contract renewal terms, and works with tenants and management agents to assist in finding amicable resolution to issues raised by either party. PBCA is mission-aligned with MassHousing, as both MassHousing and HUD are working to confront the housing challenges facing residents of the Commonwealth.

MassHousing's oversight of these properties has helped to ensure that they are well managed. For housing communities that are reaching the end of their mortgage terms, MassHousing can also offer financing to help preserve affordability over the long term.

"Home City Development and its property manager, Housing Management Resources, have enjoyed a long and productive partnership with MassHousing as our contract administrator," said Thomas Kegelman, Executive Director of the Springfield-based Home City Development, Inc. "Their guidance and support have encouraged our team to excel in all areas of property management, including resident opportunities and services. We regularly avail ourselves of their TAP (Tenant Assistance Program) offerings. We have consistently found MassHousing to be responsive and pleasant to work with, putting in the extra effort to resolve issues together. 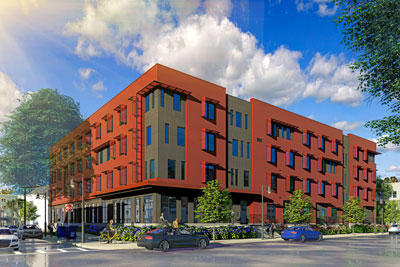 MassHousing and the Boston Housing Authority Announce Financing for the Third Phase of the Redevelopment of the Anne M. Lynch Homes at Old Colony in South Boston

Part of the multi-phase redevelopment of the 845-unit Old Colony. 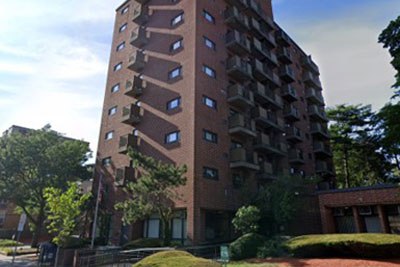 Affordability will be extended for at least 75 years. 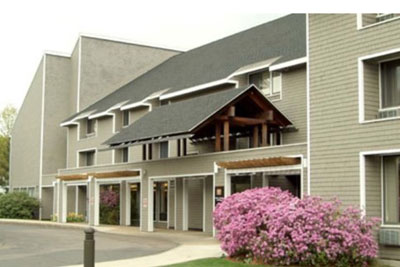 Affordability Extended for Lower-Income Senior Citizens in Randolph as a Result of $27.3 Million in MassHousing Financing

The property will receive approximately $6 million in renovation work.