BOSTON – June 3, 2020 – MassHousing has closed on a total of $22.6 million in affordable housing financing to the Planning Office for Urban Affairs (POUA) and Caribbean Integration Community Development (CICD) for the construction of the 76-unit Cote Village housing community in Mattapan.

The Planning Office for Urban Affairs and CICD will utilize the MassHousing financing to transform a long-vacant city-owned parcel into an inclusive new affordable housing community, which will house formerly homeless residents, low-income working families, and middle-income households. The new housing is being developed on the site of the former Cote Ford dealership, which has been unused for three decades, and is now within steps of a new commuter rail station.

"Cote Village is going to help transform a neighborhood by taking a blighted, vacant property and creating a new housing community for households with a range of incomes who will be able to live and work in Boston," said MassHousing Executive Director Chrystal Kornegay. "The development of Cote Village is a testament to the vision and tenacity of the Mattapan community and Boston officials, who took a long-vacant parcel and converted it into a true community asset. We congratulate them on this milestone, and we are excited to be part of the team helping to make their vision a reality."

"We are grateful for our long-standing relationship with MassHousing and their strong commitment to affordable and workforce housing. Safe and stable housing has always been important but now more than ever before. People cannot stay at home if they do not have one, and it is incumbent upon all of us to make sure that everyone has a place to call home," said Bill Grogan, President of the Planning Office for Urban Affairs. "The permanent taxable and tax-exempt financing provided by MassHousing has enabled the development of Cote Village and represents an important step in our collective efforts to address the housing need in communities like Mattapan. We are especially grateful to the Commonwealth, the City, our funders, and supporters who have made Cote Village possible."

"This is a real win for Mattapan," said Donald Alexis, President of Caribbean Integration Community Development. "Our goal was to create housing that reflects the needs of the working-class residents in Mattapan and I believe we've accomplished that here."

The Cote Village development will turn the long-vacant property into 76 units of income-restricted, mixed-income housing, with commercial and community space. The development will include 12 units for residents with incomes at or below 30 percent of the area median income (AMI) (earning less than $27,900 for a household of three), including eight units set aside for formerly homeless individuals and families.

Other financing sources include a total of $3.4 million in direct support from the Massachusetts Department of Housing and Community Development (DHCD), $1 million from the Affordable Housing Trust Fund, which MassHousing manages on behalf of DHCD, and a total of $6.9 million in support from the City of Boston's Department of Neighborhood Development. Bank of America is the project's construction lender and tax credit investor.

The general contractor is Bilt-Rite Construction. The architect is Davis Square Architects and the management agent is Maloney Properties.

MassHousing has financed nine rental housing communities in Mattapan totaling 612 units of housing with an overall original loan amount of $96.6 million. The Agency has also provided home mortgage loans to 8,492 homebuyers and homeowners in Boston with an original purchase principal balance of $1.1 billion.

About the Planning Office for Urban Affairs, Inc.

The Planning Office for Urban Affairs, Inc. is a social justice ministry affiliated with the Archdiocese of Boston, which creates vibrant communities through the development of high-quality affordable and mixed income housing and community revitalization initiatives. As a prominent non-profit developer in the region, and one of the leading diocesan housing development ministries for the Catholic Church in America, POUA has completed nearly 2,700 units of housing and has undertaken neighborhood revitalization initiatives in several Massachusetts communities. For more information about POUA please visit www.poua.org.

Caribbean Integration Community Development is a housing and community development organization formed in 2011 to create and maintain affordable housing in areas of Boston where large numbers of residents of Caribbean decent reside. They leverage real estate development in struggling communities to build healthy neighborhoods and broaden access to economic opportunities. In partnership with local organizations, CICD explores affordable housing solutions and offers support and resources that are culturally sensitive through programming for professional development, workforce training, and community engagement. For more information about CICD please visit www.cicdofboston.org. 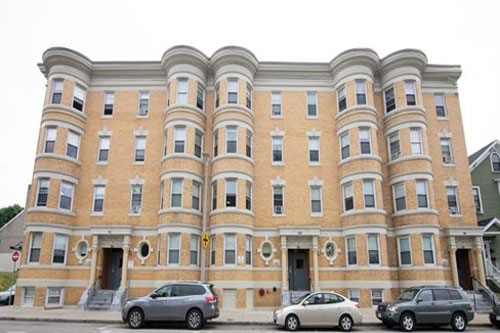 Substantial capital improvements are planned and affordability will be extended. 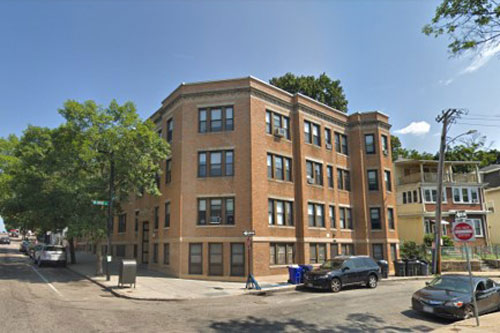 MassHousing Closes $25.6 Million in Financing for the Renovation and Extension of Affordability at Dorchester Housing Community

The 143-unit scattered-site development was last substantially rehabilitated in the 1980s.

Grant awards of up to $25,000 will help ensure financial stability for the housing providers and their continued support and services for more than 660 men, women, and families working to overcome addiction