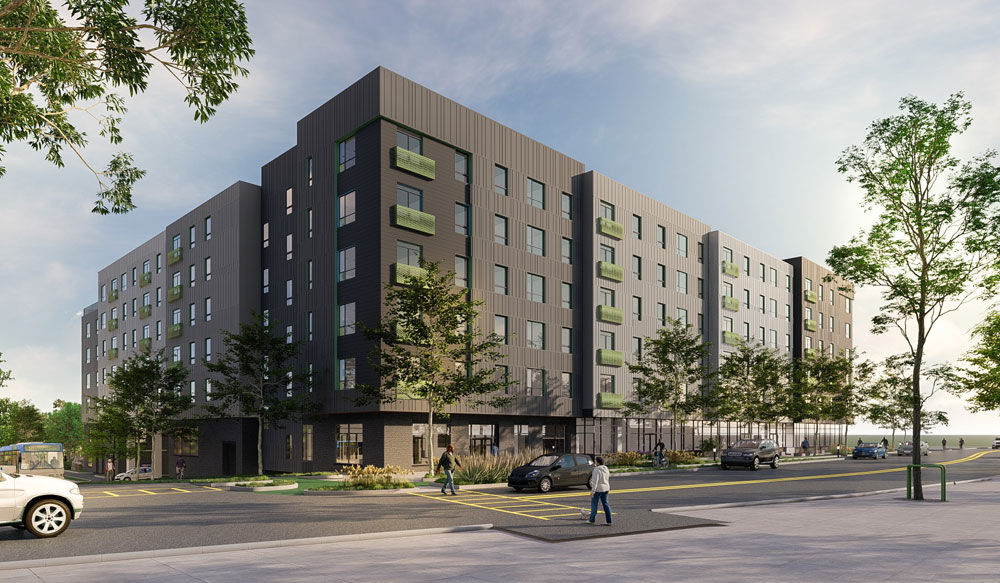 BOSTON – November 16, 2020 – MassHousing, the non-profit Preservation of Affordable Housing (POAH), and the City of Boston announced today the closing of $36.5 million in MassHousing affordable housing financing for the development of the 135-unit The Loop Mattapan Station, a new affordable and workforce housing community in Mattapan Square.

POAH is developing the Loop at Mattapan Station on an underutilized MBTA parking lot adjacent to the Mattapan trolley line station. The 135 apartment homes and 10,000 square feet of first-floor retail space will be contained in a six-story building and constructed using the latest passive house energy efficiency standards. All 135 apartment homes will be deed-restricted and affordable to households across a broad range of incomes, from very low income residents to moderate-income families, and will include 30 new workforce housing units.

"The Loop at Mattapan Station is a showcase for MassHousing's mission-driven work of creating affordable housing for working families and building stronger communities," said MassHousing Executive Director Chrystal Kornegay. "We are pleased to join POAH, the Commonwealth, and the City of Boston in transforming this underutilized parking lot into 135 new rental homes that will connect residents to economic opportunity for many years to come."

"The Loop at Mattapan Station builds on the City of Boston's goals to create new housing in our neighborhoods that serve families and residents at a range of different incomes," said Mayor Martin J. Walsh. "Today's announcement is an important step forward for this project and I thank our partners at the state for sharing our mission to invest in affordable housing opportunities that will help Mattapan and neighborhoods across Boston prosper and thrive."

"POAH is excited to be collaborating with Nuestra Comunidad, the MBTA, and our other development partners on this important and innovative project and we are grateful for the financial commitments from the City of Boston, the Massachusetts Department of Housing and Community Development, and MassHousing. The Loop at Mattapan Station will provide much-needed affordable and workforce housing for this dynamic community while offering neighborhood-scale commercial space. It will also serve as a welcoming gateway to the Neponset River Greenway, connecting the neighborhood with a unique recreational resource," said POAH President and CEO Aaron Gornstein.

POAH is developing The Loop at Mattapan Station as part of a joint venture with the non-profit Nuestra Comunidad Development Corporation, which has had a focus on the community engagement for the project.

MassHousing provided a total of $36.5 million in affordable housing financing to POAH affiliates in a pair of related transactions. The Agency provided POAH with a total of $17.4 million in permanent financing, $16.1 million in tax-exempt bridge financing, and $3 million from the Agency's Workforce Housing Initiative.

Other financing sources include a total of $39.3 million in tax credit equity from an allocation of Low Income Housing Tax Credits (LIHTC), allocated by the Massachusetts Department of Housing and Community Development (DHCD). DHCD also provided $5.35 million in direct support for the project. The City of Boston contributed $2.9 million in affordable housing funding. The project also benefits from $1.8 million in public infrastructure funding from the Commonwealth, and $540,000 in passive house funding from the Massachusetts Clean Energy Center. Bank of America will provide construction financing and is the tax credit investor.

The general contractor for the building will be Dellbrook | JKS. MacKay Construction will complete the MassWorks-funded infrastructure work. The architect is The Architectural Team, and the management agent will be POAH Communities.

MassHousing has financed nine rental housing communities in Mattapan involving 612 housing units and $96.3 million in total financing. The Agency has provided $1.1 billion in mortgage financing to 8,535 Boston homebuyers and homeowners who refinanced their homes.

Preservation of Affordable Housing is a Boston-based nonprofit organization that owns and operates more than 11,000 affordable homes at 120 properties in 11 states and the District of Columbia. POAH has rescued and restored some of America’s most "at risk" rental housing and is known nationally for its ability to develop innovative financing structures and to close complex deals which preserve long-term housing affordability for seniors, individuals with disabilities and families priced out of the housing market. For more information please visit www.poah.org.

As of November 10, over 53 property owners committed to the Pledge, representing over 57,654 homes across the Commonwealth. 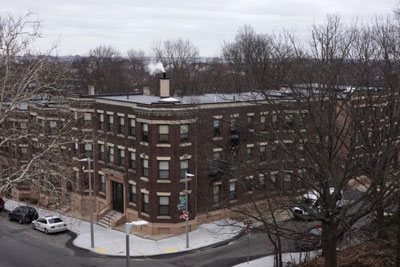 MassHousing Closes $64.7 Million in Financing for the Acquisition, Rehabilitation and Long-Term Preservation of the Blue Mountain Apartments in Roxbury

The NHP Foundation will substantially renovate the historic, 217-unit property and ensure affordability for lower-income households for at least 25 years

Originally built in the early 1900s, the property was last substantially rehabilitated in the 1980s. 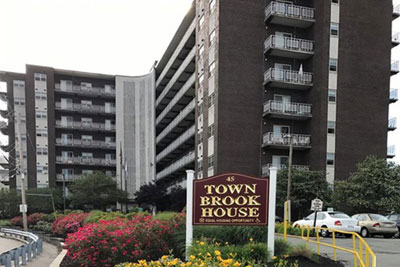 Low-income senior citizens and residents with disabilities will have affordability preserved, as the non-profit Wollaston Lutheran Housing, Inc. will extend protections for 150 apartments for at least 20 years

The transaction also provides the nonprofit owner with new capital to advance its affordable housing and social service work.