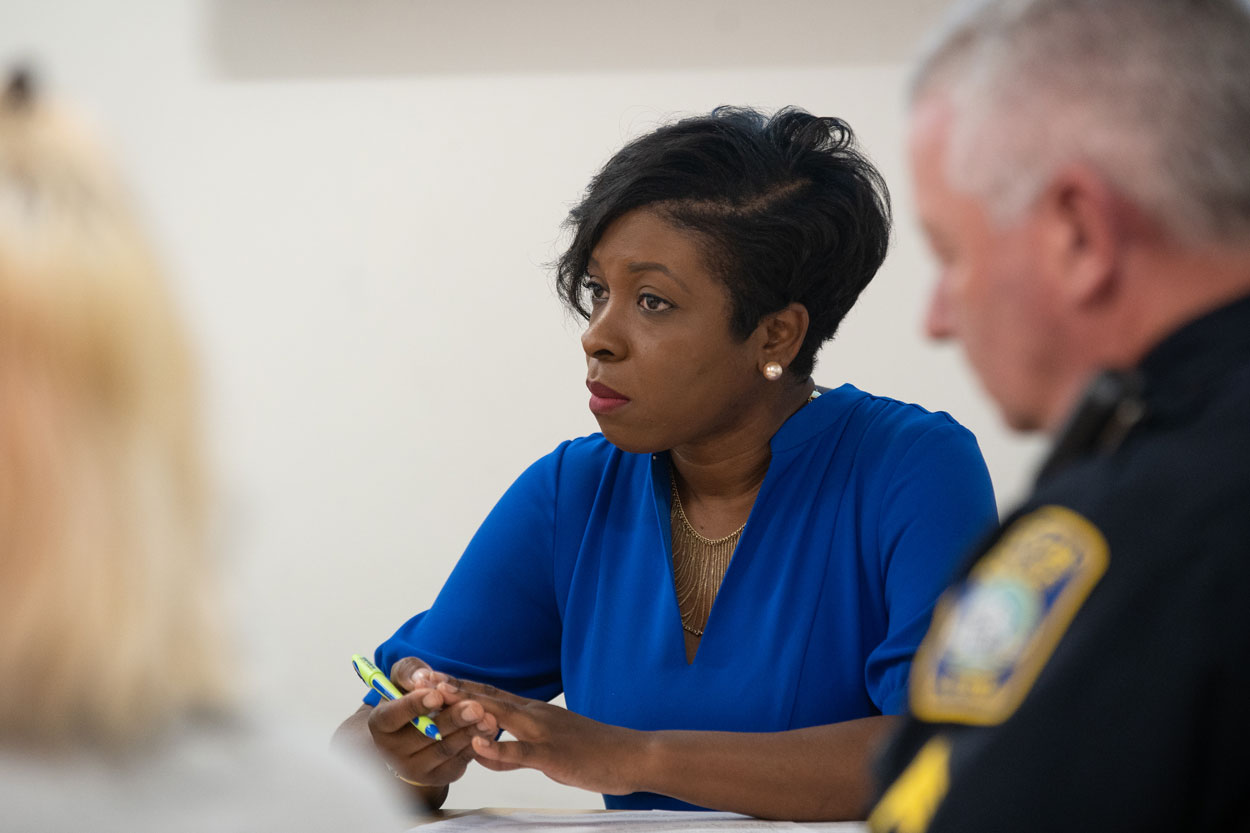 On Tuesdays in Boston’s Jamaica Plain neighborhood, MassHousing’s Keyla Jackson (pictured above) and Isaac Yablo lead a meeting of local human services providers and law enforcement. Though it might look routine, it is anything but.

This is the weekly meeting of the JP Hub, which follows the Hub + COR (Center of Responsibility) public safety model first used in Scotland, then Canada, and now increasingly in cities in Massachusetts and elsewhere in the nation.

At any given JP Hub meeting, between 10-18 people representing human services providers, the courts and law enforcement discuss situations involving individuals and families who are struggling with complex issues that span multiple service disciplines. These are people facing immediate and compounding risks of an incident of harm.

The Hub does not perform case management.  Rather, its purpose is to mitigate risk within 24-48 hours and connect individuals and families to services. The most prevalent risk factors are mental health, substance abuse and homelessness.  To honor confidentiality, members introduce new cases anonymously, using numbers, and then use the Hub + COR method of 'Four Filter Process' to determine thresholds at which progressive levels of information sharing must occur while still respecting the person’s privacy.

Keyla, who heads MassHousing’s Public Safety efforts, first saw the success of the Hub model in Chelsea and worked to persuade Boston Police and others to participate. In 2018, under Keyla’s leadership, the JP Hub began its weekly meetings. So far, 81 situations have come before the group.

For example, an undocumented single mother from Guatemala and her three boys were experiencing food insecurity. Hub members connected them with a small food bank that distributes donations from Trader Joes. A man in his 20s was struggling with chronic alcohol abuse. After a visit and intervention from two Hub members, he is now on the road to recovery. A woman in her 60s had been living in her car. Thanks to the work of the JP Hub, she is now in temporary housing.

We are proud to be leading this group, which is helping to improve the lives of some of Boston’s most vulnerable residents, with plans to expand into three additional neighborhoods. 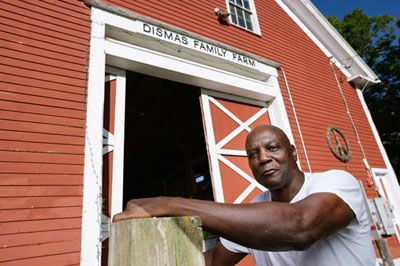 A working farm in Oakham provides a fresh start.

MassHousing's Center for Community Recovery Innovations has awarded more than $10 million in grants to create or preserve more than 2,000 units of affordable sober housing in 50 Massachusetts communities.